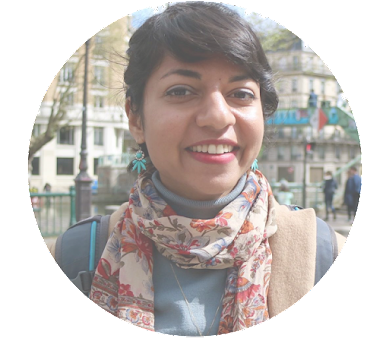 In 2016, I launched an e-learning platform focused on building an amazing career working at international organisations and companies. It immediately rose to one of the foremost career advice websites for international development.

My e-book on writing your CV and Cover Letter has been downloaded over 20 000 times by people from around the world. It presented an innovative way start a international career – based directly linking your skills and experience to the hidden requirements of the job description, to find a job that let’s you thrive.

But what do you do once you get that job?

I’ve also been featured on Idealist.org, Human Rights Careers, WhyDev, and others.

Over the years, I’ve helped hundreds of people from 134 countries around the world undertand the level they’re truly at, learn how to apply to the right jobs, rewrite their CV and cover letter, successfully go through an interview, keep track of applications to multiple organisations with varying deadlines, get an internship at the UN, and build years of experience when beginning a career in international organisations.

Hearing from happy, successful students is a favourite part of my day.

Back in college, my roommate had a globe in her room. We’d spin it around, and I’d point to various places in Africa where I’d like to work. In our junior year, we both applied for and were selected for a Human Rights fellowship to do an internship anywhere in the world. I chose to go to Madagascar.

Several months later, I was living in a small town in the highlands of a country that felt like being in another world, working at a microfinance that served over 800,000 rice farmers, many of whom couldn’t really read.

That summer broke down every assumption I had about Africa, about third-world countries (despite growing up in India), and about working in development. But I loved it.

When I came home, I knew I wanted to work in international development.

I loved the idea of being able to work in a number of different locations, for people who, because of a lack of resources or education, often can’t help themselves.

But once I got home, I felt paralysed, not sure where to begin. Working in international development was brand new to me, and I didn’t know where to start looking for jobs in the field. I sent off literally hundreds of application forms to human rights and international development organisations, all of which got me no closer to getting a job, or even an interview. And after weeks of nothing, I thought, have I picked the wrong industry? Will I ever get to do the work I am passionate about? I kept thinking, something will come up. But nothing did, until I changed my strategy, and began implementing a set of tips and tricks that landed me interview after interview, which then turned into job offers filling my inbox every morning for months.

Through years of trial and error, I figured it out. The next year, I moved to Ecuador, flown out to work on a USAID project through a fellowship for young professionals, nested within the valleys of the Andes. Two years after that, I was ready for change, and landed a plum offer in the centre of the Caribbean, working at an NGO in Haiti. When I wanted to transition out of that role, I quickly received a job offer in Germany,  working on a project in West Africa. And from there, to a UN role managing a multi-million dollar project in four countries.

On this blog, you’ll find the exact strategies I used over the last ten years to get paid internships and full-time jobs at international organisations, grassroots-level NGOs, development consulting companies, and U.N. projects.